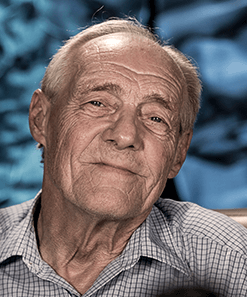 Senior citizens often have a lot of time on their hands. And just because they are older adults doesn’t mean they don’t like to have a good time.

Retirement communities, assisted living centers, and other facilities populated mostly by people older than 65 frequently schedule day trips that keep their residents active, entertained, and involved with their communities.

Planning senior outings often presents unique challenges. Not everybody is as mobile and spry as people on other tour groups. And seniors can often be very demanding. So here are some tips on how to make the most of your next senior outing.

One of the biggest mistakes people planning senior outings make is trying to do too much in too little time. Most seniors don’t move very fast. They don’t like to be rushed. And — let’s face it — they often have to take more bathroom breaks than other tour groups.

So jam-packing your outing with activities isn’t going to work. Instead, it’s a good idea to focus on just one or two activities or stops on your outing tour and then focus on making the most of those. Keeping it simple is often a better strategy than trying to be overly ambitious.

For example, if you are visiting one of Florida’s many theme parks, don’t try to do everything in one day. Places like Walt Disney World have a multiple of options. Pick one and then give your tour group members plenty of time to get in, spend as much time as they like doing the things they want to enjoy, then leisurely make their way back to the charter bus at the end of the day.

Planning a senior outing is different than any other kind of charter bus trip. The approach of “Less is more” is often the best approach.